Follow along with the latest message from Epic Christian Church

1 While Apollos was in Corinth, Paul traveled through the interior regions until he reached Ephesus, on the coast, where he found several believers. 2 "Did you receive the Holy Spirit when you believed?" he asked them. "No," they replied, "we haven't even heard that there is a Holy Spirit." 3 "Then what baptism did you experience?" he asked. And they replied, "The baptism of John."

[Mat 3:11 NLT] 11 "I baptize with water those who repent of their sins and turn to God. But someone is coming soon who is greater than I am--so much greater that I'm not worthy even to be his slave and carry his sandals. He will baptize you with the Holy Spirit and with fire.

[Mat 3:13-17 NLT] 13 Then Jesus went from Galilee to the Jordan River to be baptized by John. 14 But John tried to talk him out of it. "I am the one who needs to be baptized by you," he said, "so why are you coming to me?" 15 But Jesus said, "It should be done, for we must carry out all that God requires." So John agreed to baptize him. 16 After his baptism, as Jesus came up out of the water, the heavens were opened and he saw the Spirit of God descending like a dove and settling on him. 17 And a voice from heaven said, "This is my dearly loved Son, who brings me great joy."

4 Paul said, "John's baptism called for repentance from sin. But John himself told the people to believe in the one who would come later, meaning Jesus." 5 As soon as they heard this, they were baptized in the name of the Lord Jesus. 6 Then when Paul laid his hands on them, the Holy Spirit came on them, and they spoke in other tongues and prophesied. 7 There were about twelve men in all.

[Mat 28:19 NLT] 19 Therefore, go and make disciples of all the nations, baptizing them in the name of the Father and the Son and the Holy Spirit.

[Eph 1:13-14 NLT] 13 And now you Gentiles have also heard the truth, the Good News that God saves you. And when you believed in Christ, he identified you as his own by giving you the Holy Spirit, whom he promised long ago. 14 The Spirit is God's guarantee that he will give us the inheritance he promised and that he has purchased us to be his own people. He did this so we would praise and glorify him.

8 Then Paul went to the synagogue and preached boldly for the next three months, arguing persuasively about the Kingdom of God. 9 But some became stubborn, rejecting his message and publicly speaking against the Way. So Paul left the synagogue and took the believers with him. Then he held daily discussions at the lecture hall of Tyrannus. 10 This went on for the next two years, so that people throughout the province of Asia--both Jews and Greeks--heard the word of the Lord. 11 God gave Paul the power to perform unusual miracles. 12 When handkerchiefs or aprons that had merely touched his skin were placed on sick people, they were healed of their diseases, and evil spirits were expelled. 13 A group of Jews was traveling from town to town casting out evil spirits. They tried to use the name of the Lord Jesus in their incantation, saying, "I command you in the name of Jesus, whom Paul preaches, to come out!" 14 Seven sons of Sceva, a leading priest, were doing this. 15 But one time when they tried it, the evil spirit replied, "I know Jesus, and I know Paul, but who are you?" 16 Then the man with the evil spirit leaped on them, overpowered them, and attacked them with such violence that they fled from the house, naked and battered. 17 The story of what happened spread quickly all through Ephesus, to Jews and Greeks alike. A solemn fear descended on the city, and the name of the Lord Jesus was greatly honored. 18 Many who became believers confessed their sinful practices. 19 A number of them who had been practicing sorcery brought their incantation books and burned them at a public bonfire. The value of the books was several million dollars. 20 So the message about the Lord spread widely and had a powerful effect.

God gave Paul the power to do special or unusual miracles.

Where did Paul want to go?

How did the craftsmen, like Demetrius, make their money?

What charges did Demetrius bring against Paul?

What might the Romans have done if the riot continued? How did the town clerk reason with the crowd and get them to disperse? 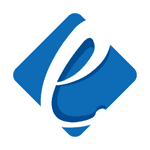